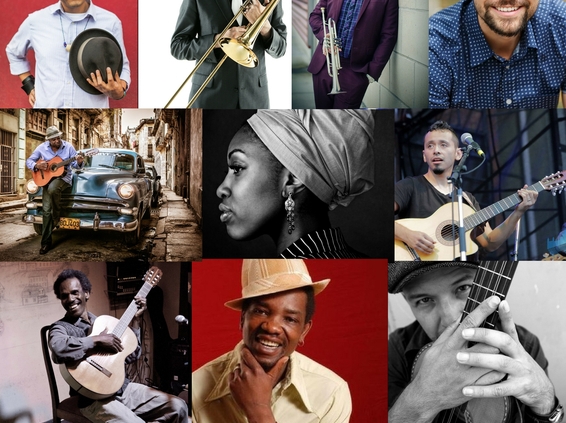 British Columbia
World Music
If there was a World Music supergroup, this would be it. The BC World Music Collective brings together musicians from Cuba, Mexico, Brazil, Africa, and London, who now make their home in this beautiful province. The collective is comprised of Adonis Puentes, Celso Machado, Tonye Aganaba, Kurai Blessing, Locarno and First Nations (Stō:lo/St’át’imc/Nlaka’pamux Territories) rapper, Ostwelve.

The project first began in the summer of 2015, when the artists were asked to come together to perform at the Vancouver Island Music Festival. After an intense week of rehearsals, the group made their first appearance on the mainsatge of the festival. After their set, they were all elated with how it went, and decided one performance just wouldn’t be enough. A few weeks later, a plan was hatched to turn the one-off project into the province’s most exciting World Music band.