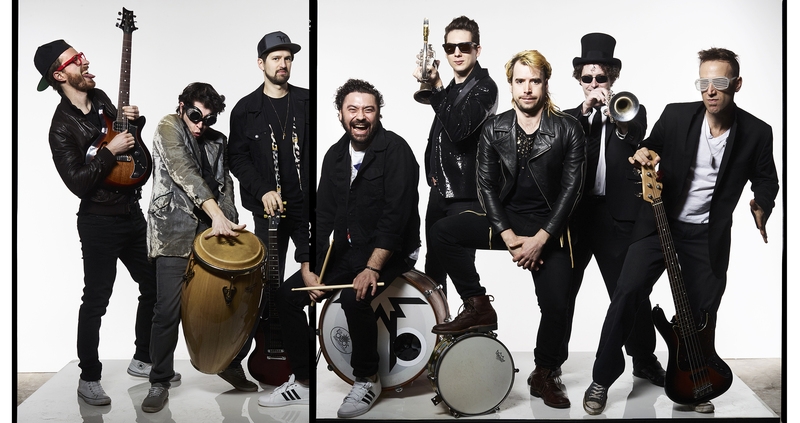 Vancouver, BC
Funk
Some bands want to change the world. Five Alarm Funk’s goal is much simpler.

They want you to sweat.

That’s been the idea since the first time drummer Tayo Branston, guitarist Gabe Boothroyd and the original Five Alarm bassist Neil Towers met at a Vancouver house party in 2003. Since that night, the temperature in their leafy green hometown began to rise. Other musicians started showing up to jam. The parties led to gigs locally, which led a few years later to grinding bus tours across Canada and into the States. The crowds grew. The grooves burned. A horn section jumped onboard to punch the beat harder. Percussion cranked it up even more. EPs and albums followed, as studios and gear melted down from the sheer intensity these guys unleashed.

No wonder they called their last album Sweat.

But believe it or not, Five Alarm Funk is just warming up.