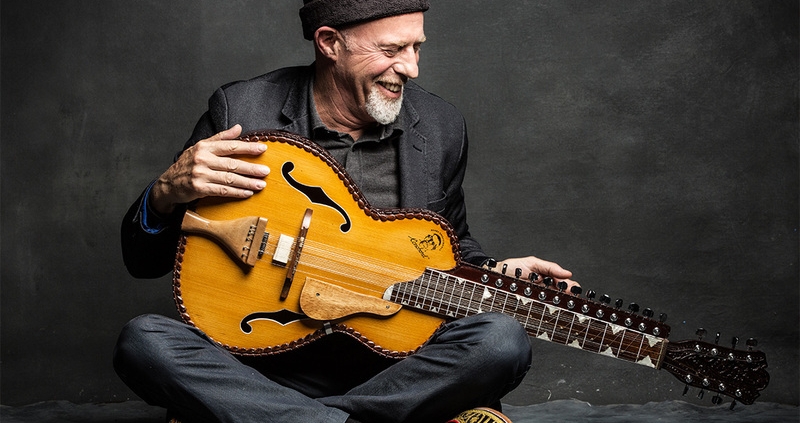 Saltspring island, BC
Blues, Indian Classical or more accurately “Mysticssippi Music”
“Mysticssippi” blues man Harry Manx has been called an “essential link” between the music of East and West, creating musical short stories that wed the tradition of the Blues with the depth of classical Indian ragas. He has created a unique sound that is hard to forget and deliciously addictive to listen to.

Harry forged his distinctive style by studying at the feet of the masters, first as a sound man in the blues clubs of Toronto during his formative years and then under a rigorous tutelage with Vishwa Mohan Bhatt in India. Bhatt is the inventor of the 20-stringed Mohan Veena, which has become Harry’s signature instrument.
Bruce Springsteen at the NYC guitar festival told Harry “I learned something new watching you play my song”