The people who make it happen

About The Kaslo Jazz Etc Society

The Kaslo Jazz Etc. Society (KJES) is a registered charity, incorporated February 23, 1993, with a mandate “To foster and promote the appreciation of jazz and related music in the Kootenays.”

Over the long weekend in August, the Kaslo Jazz Etc Society presents the annual Kaslo Jazz Etc. Summer Music Festival. This festival brings together an eclectic and talented sampling of jazz and related music in an outdoor festival which has grown to become the area’s longest running cultural event. The Festival annually draws a large crowd to the rural community of Kaslo and is a spark plug for this economically challenged region. The festival makes live music, performed by high quality, professional artists accessible to the local community, while drawing visitors from BC, Alberta, and the US. It has put Kaslo on the map as an artistic and cultural destination.

The Festival attracts a demographic of 25% at 18-45 years old and 55% at 46-65 years old, with over 73% of whom have attended previously. It is promoted as a family event and stages children’s events and performances throughout the festival. The geography of the site limits audience size and ensures that an intimate environment is maintained.

For its first 9 years, the Festival was run entirely as a volunteer organization. To this day over 350 volunteers support the festival, with a core group of approximately 60 taking key managerial roles. In 2003, KJES founder Jim Holland stepped down as Society President and assumed the position of Executive Director. At that time, KJES initiated the transition to a professional arts organization with a staff budget for the Executive Director. The Artistic Director was primarily a volunteer position until 2011 when the position became a professional position with a compensation package.  In 2015, Paul Hinrichs was hired as Artistic Director and in 2016 the Kaslo Jazz Etc Society hired Paul as the new Executive Director while simultaneously celebrating the Festival’s 25th anniversary.

KJES is an active member of the regional, provincial and national arts community. Recognized by Jazz Festivals Canada for producing a leading Canadian jazz festival, KJES is the smallest of the 17 members of this prestigious organization. The KJES has benefited from a rich mentoring relationship with Coastal Jazz and Blues Society (Vancouver Jazz Festival) over the years and through them was the guest of the International Jazz Festivals Conference in 2002 in New York City. KJES staff annually attends the Vancouver Jazz Festival seeking programming input for our festival. KJES is a founding member of the Kootenay Columbia Festivals and Events Association and serves in a leadership role for other festivals and events in the Kootenay region.

Our Board Of Directors

The Kaslo Jazz Etc. Summer Music Festival is run by a registered non-profit Society. We know that many of you feel a strong sense of ownership of this Festival. Over the years, your letters and donations have helped shape and sustain the Festival through good times and bad. Membership in the Society is an opportunity to go a step further.

The Kaslo Jazz Etc Festival would not be possible without the support of our sponsors: 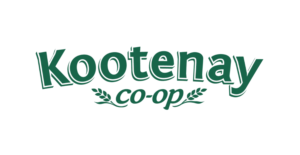 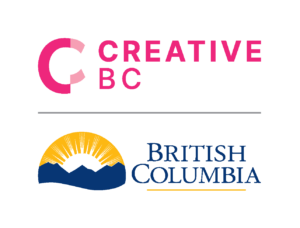